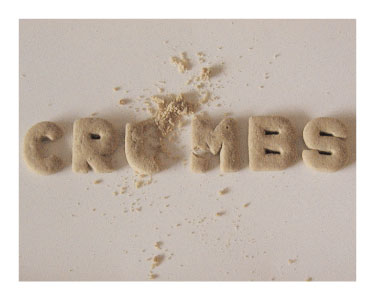 Perhaps that’s why I’m a little delayed in posting the round-up of my year; I needed some time to pick through the bad bits and find the good bits (they were there, they were just squashed between the rubbish stuffs). Or perhaps it’s because I’m still in a post-Christmas lull, and have been making the most of having my brain switched off for a while. Either way, I’m here now, and ready to get this round-up under way :).

So, about this time last year, I embarked on my challenge for 2012 – my year of ‘somethings’. Each month I was going to try something I’d either a) never done, b) always wanted to do, c) wanted to work on, or d) that scared the cupcake out of me (check out my blog post Up to Something for full details of how it all came about). I had a list of ideas, some leads, and 12 months ahead of me, so seemed feasible that I could at least achieve some of them… right? The 12 months is up. Did I pull it off? Well, if you’ve been popping into my blog during the year, you’ll already have a good idea of the answer :). But shall we see how well I did? Sure, why not. My ‘Somethings of 2012’, in Chronological order. Drum roll please. Here we go…

Watched some ‘classic’ movies: After years of shocked faces when I reveal I haven’t seen apparent classics, I kicked off the year by watching four: It’s a Wonderful Life, Singin’ in the Rain, Miracle on 34th Street (1994 version) and An Affair to Remember. I really enjoyed them all :).
Went to the cinema: Only the oldest working cinema in the UK I’ll have you know! The beautiful grade II listed Duke of York’s Picture house in Brighton. And what a gem. If you haven’t been, and you’re ever in Brighton, go visit. You won’t be disappointed. And they have the comfiest seats ever!
Attended a launch party: After being invited to the launch of the London office of hugely successful internet holiday home rental company AirBnB. Fun night, if a bit random! And I did get some freebies…
Trialled a fitness bootcamp: This seemed like a good idea at the time. A few days later, it seemed less like a good idea; so much pain! But it was a no-obligation free trial day, so it totally counts :).

Registered as an Organ Donor: Probably the greatest thing I will ever do. If you aren’t registered as a donor, do it. Do it now: Organ Donor Registration.
Joined a weekly yoga class: This started as a bet with a friend, but I hoped it would help with my insomnia & stress. And I think it did. Sadly, the class was cancelled in September, and I haven’t found a new one yet :(.
Went on a jewellery making course: Using magical clay that turns into sterling silver! And my finished article? A pretty little necklace that I made all myself – yay!

Went on a CreativeJS coding course: Run by my talented friend Seb Lee-Delisle, I tried my hand at being a nerd for a few days. I didn’t get round to creating his trademark particle systems like the rest of my class mates, having spent the entire course making this slightly wobbly bunny. I’m not sure that’s exactly what Seb had in mind after two days of exhausting teaching, but at least I can say I coded it myself. Sort of :).
Made-over my website: Probably as a result of the above geekery, I spent a few days tweaking my website, and launched this shiny new version at the end of the month.

Went to the theatre: Not so much of a big deal usually, but this was the first time I had gone to the theatre by myself (in London no less), which, for me, was kinda huge! I even splashed out on a pre-theatre dinner at a very swanky restaurant, which seemed very extravagant, and unnecessary, and therefore completely awesome. And the show, “All New People”, was excellent. Could my enjoyment of it possibly have been influenced by the writer and star of the play, swoon-worthy Scrubs actor Zach Braff? Um, maybe. Just a little… :).

Went on a professional massage course: Something I’ve always wanted to do and, thanks to a one-day course from The College of Classical Massage, I finally did. And it was brilliant! Have even been considering going on their full diploma course, and getting qualified as a practitioner of massage :).

Went llama trekking in Surrey: Yup, it’s exactly as it sounds. I found a place tucked away in the Surrey Hills that takes people out llama trekking. It was ridiculous, but really a lot of fun! Check them out if you fancy doing something a little bit different: Surrey Llama Trekking.

Had an operation: Ok, yes, going in for surgery was not on my list of things to do when I first drew it up last January. At that stage I had no idea that I’d even be needing an operation! But as it was something I’d never done before (and, as it turned out, scared me witless!) I think it’s earned the right to go on the list. And I’m recovering well, thanks for asking :).

Had play dates with cats & dogs: In an attempt to help me face my longstanding fear of these furry critters, I arranged play dates with some friends pets. It went much better than I expected, I even pet all the terrifying blighters, right on their faces! How brave am I?! :). More dates are on the horizon this year, with even more cats and dogs. Watch this space!
Climbed the O2 Arena: Having spent a month on rest duties (courtesy of my surgeon) I was itching to get out and move. So I did. 52 metres skywards – and at angles of 30 degrees in some places! – over the top of the O2 Arena. It was exhilarating, and breathtaking, and bouncy. Very, very bouncy. And I looked amazing in my climbsuit :). You gotta do it: Up at the O2.

Went open-air Ice Skating: Having wanted to do this for years (but always chickened out because I can’t skate!), I decided I wasn’t going to let a silly thing like that hold me back this year! So I booked up a session at the stunning Somerset House in London, and with much support from my lovely ice guide Steve, I effortlessly glided round the rink for an hour. Well, ok, not quite effortlessly, but I didn’t fall down once :). Not bad for a newbie.
Went on a Spa weekend: Just the ticket for a pre-Christmas, end of year treat, particularly as the last 6 months have been pretty difficult. And if you’re gonna Spa, do it right (especially if you’re a first timer like me). So there was only one place to go; Thermae Bath Spa. And it was bliss. Getting away distracted my brain, and the spa soothed my body. Exactly what I needed. The yummy food treats I had were pretty ok too…
Rode a horse: I’d planned to do this in the summer, but for one reason or another it didn’t really happen. It was pure dumb luck that I found a pony trekking farm just outside of Bath when I was booking up my Spa weekend. And even more dumb luck when their trekking times fit around my other plans. I found being on a horse a very weird experience, not one that I can easily put into words. But I kinda liked it :). I wonder how I’d feel if I was actually in control of the horse? Perhaps that’s the next step..!
Had a haircut: Yes, this can’t technically be considered a ‘something’, because I’ve had haircuts before, obviously. And although some trips to the hairdressers can be scary (Supercuts anyone!?!), I have finally found a great hairdresser and colourist who somehow manage to make me look incredible (until I step out the salon door, typically). So, New Year, new do. And it’s my list, so I can put on it whatever I want :).
Watched some classic movies: I ended the year – and my ‘somethings’ – as I had started, by watching some more classic movies, this time going for Gone with the Wind, Casablanca and Miracle on 34th Street (1947 version). And they were all really great! Who knew?! 🙂 Next up, a friend has recommended some Hitchcock thrillers (no shower scenes and swarms of birds for me thanks!).

And there we have it. My ‘somethings’ of 2012. Quite a diverse little group of things, huh? Sadly, I didn’t quite manage something every month – thank you stupid illness – but I did nearly everything from my original list, with some extra’s throw in along the way! That’s pretty good going I think :).

So, 2012, once the New Year dust has settled, will I look back on you and remember you fondly? Hmm. No. For a lot of reasons, I can’t really shake the feeling that you have been one huge thorn in my side from start to finish, and I am positively giddy to see the back of you. But I won’t let 12 crappy months diminish the ‘somethings’ I’ve achieved. Or stop me looking at things I’d like to do this year. I may have already started working on a new list…