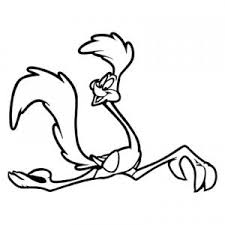 A few months back I completed my first marathon.  Technically, that now makes me a marathoner.  Hmm.  That sounds very odd to me.  Because I’m not really a runner.  Well. Ok. I am.  Sort of.  Maybe it’s best to say that I’m not a natural runner.  I’m not graceful.  My gait is awkward.  My stamina levels aren’t great.  And I’ve never quite gotten to grips with breathing correctly – there’s a proper technique to maximise your intake of oxygen don’t you know.  At best, my running can only really be described as jogging.  Ugly jogging.  And I don’t really like it.  Based on the state of my feet after a run, it’s pretty obvious that it’s not that keen on me either.  But it’s exercise.  It keeps me fit (kinda), and gets me out of the house for a while.  And it does have one redeeming quality; it gives me a chance to show off my sprint finish.  And I have a MEAN sprint finish :D.

So, as I’m clearly the advert for the anti-runner, how the hell did I end up completing a marathon?  It’s a long story, one I won’t bore you with now.  I’ll save that for a future post. But here’s the abridged version: turned 25, stuck in a rut, had a mid mid-life crisis, decided to run a marathon before my 30th.  You know, that old chestnut.  Since then, I’ve applied for a place in the London Marathon FIVE times.  And how many times have I received the virtual slap in the face that is the official “Commiserations” magazine?  Yup.  You guessed it.  FIVE flippin’ times!  So this year I changed tactics and signed up for a power-walking marathon event as well (how’d you like me now London Marathon!?).  I got in, did my training, took part, and completed the 42k course bang on my target time of 7 hours, one month after turning 30.  Mid mid-life crisis goal achieved.  Awesome.

Or was it awesome?  To be honest, it felt like a bit of an anti-climax.  Yeah, I’d completed a marathon.  I’d crossed the finish line.  I’d been given the very cool medal.  But I didn’t feel any different.  I’ve been waiting for the “sense of achievement” moment – the one I’d been promised by countless marathoner friends – but it never came.  In fact, I’m still waiting.  Helloooo?  Moment?  I’m waiting here!  No.  Nothing.  Sigh.  Maybe I did it wrong…

Anyways, after Marathongate, I decided to retire my trainers for a bit.  Partly because my feet had been ruined (they are so messed up it’s not even funny) but mostly because I was disheartened by the post-event blues.  And after months of training, and seriously disgusting blister related atrocities, I was more than happy with this arrangement.  It soon became apparent though that my time of non-activity was not going down so well with others.  From the moment I hung up my trainers, I’ve been hassled, poked, prodded and threatened by my twitter based “coach” @jjbowie and my run club chum Rachel, to put them right back on again!  I’ve been happily ignoring their requests for the most part, inviting them to enjoy their early morning runs and late night interval sessions, whilst I stay at home, snuggled up in my duvet.  But for the past month, I’ve been considering dusting off the Brooks, donning the Lycra, and hitting the streets again after I stumbled across @themarcothon on Twitter.  “Run every day in December, for 3 miles or 25 minutes, whichever comes first.  Challenge yourself, and get fit too”.   3 miles or 25 minutes every day, huh?  Sounded doable I thought.  So I decided I’ll give it a go.  If nothing else, it’d get my coach and my friend off my case for a while.  Challenge accepted :).

But the story doesn’t end there.  Oh no.  I like an extra side of challenge with my challenge…!  So I thought it’d be fun to share my @themarcothon progress; the good runs, the bad runs, the oh-my-poor-feet-are-so-ugly-after-31-days-or-running runs.  Twitter would seem the obvious choice.  But where’s the challenge there?  Besides, 140 characters is too restrictive.  I want to be able to ramble on if the mood takes me.  Posting weekly blogs seemed like a much better option.  Small problem though.  I didn’t have a blog.  Or a website for that matter.  And I had no idea where to start with that stuff.  So I did the natural thing.  I decided I’d create a webpage myself.  From scratch.  With code and everything.  Obvious really, you know, when you think about it…  Two important things I should stress at this point:

I should also take this oppotunity to apologise to a few super nerdy friends of mine, who know how to do this stuff properly, with mind-blowingly awesome results.  My little project will probably reduce them to shivering wrecks, cowed in a corner, hugging their knees and muttering nonsensicals under their breath.  Honestly guys, it’s my first go, so don’t judge what you see too harshly, and maybe to save yourselves further meltdown, look away… now!  Ok, I think they’re gone.  So here we go.  After one week of web-based-self-taughty-tied-to-my-laptop-why-did-i-think-this-was-a-good-idea madness, TA-DAH, my very first attempt at an HTML-based webpage:

And the code, typed by me (yes, really!) that brought it to life: My code.

Now, to the expert eye, I’m sure my first time with coding looks messy, cumbersome, and over complicated.  I may have unnecessarily repeated attributes or gone overboard with tags.   There’s probably too much whitespace.  Or not enough whitespace.  Maybe I’ve put the wigwams up the seesaws, and hidden the broccoli in the tree stump (ok, ok,  I might have made up those last bits…).  I’ve probably committed about a million coding sins.  But I don’t care.  Alright, I care a little.  But regardless of how much I may have broken the understood conventions or the dictated “norm” of coding, no matter how much it stinks of newbie to the web elite, I did it, all by myself.  With little more than a weekend spent reading up on HTML (credit to W3Schools for a great online resource) and a week of trial and error on my trusty laptop notepad.  It may be extremely basic, but honestly, I’m pretty pleased with it :).  One HTML webpage down, time for stage two – getting it on the web.  This is where doing it myself came to a bit of a full stop.  I’d navigated my way through creating something with HTML, basic as it was, but it was far from being a bona fide website.  And I didn’t have the first clue about how to host a site myself on the internet.  So I cheated.  Off I went to the lovely folk at WordPress, newly purchased domain name in hand, and signed up to their hosting service.  I picked a site theme and started changing the default styles to something a bit more me.  It was taking shape, but not yet created.  No problem. I had a little something extra up my sleeve…

During sign up, my curiosity had been tickled by WordPress’ premium packages, with talk of “custom designing” and “cascading style sheets”.  I had no idea what a “cascading style sheet” was.  I’d only just gotten comfortable with basic HTML at this point, and my brief peak at CSS (mid HTML learning) had scared the frick out of me!  And I rightly hadn’t looked at CSS since.  But there was something about “custom designing” that sounded magical.  Well, that, and I have some control issues.  Nothing major you understand.  Insignificant really.  Barely worth mentioning.  But I do like things how I like things.  So I found myself being lured once more into unfamiliar territory.  “One premium please, Mr WordPress…”.

And that’s how I found myself – just over a week after first teaching myself a bit of HTML – tapping away at a CSS editor, using my scarily basic 2-day old grasp of CSS to personalise my site to within an inch of its life.  In fact, when I asked the WordPress wizards how it was looking, Mr Wizard told me he hadn’t recognised the original theme due to all the edits I had made.  I took that as a compliment :).  And it’s turned out pretty well I think .  So now I’m here, posting my first blogs, on my first self-styled CSS edited website, with a link to my first hand created HTML webpage, about to go for my first post-marathon run.  From unlikely marathoner to unlikelier coder in two weeks.  Wow.  That’s some fortnight.

Right then, nothing left to do now but pull on my trainers, get running, and start posting my @themarcothon tales.  And maybe some other random stuff too; I do enjoy a bit of random.   Oh, and to hope there’s someone other than my mum reading this.  That’d be cool.  If not, hi mum :).  Challenge accepted.